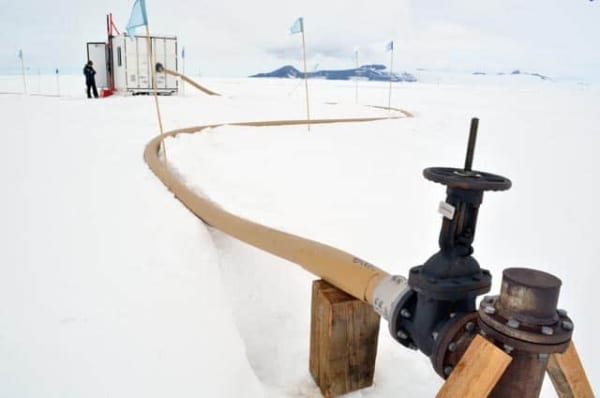 Through the United States Antarctic Program (USAP), the National Science Foundation (NSF), manages all U.S. scientific research and related logistics in Antarctica as well as aboard ships in the Southern Ocean. To achieve the USAP science goals, NSF operates three U.S. scientific stations year-round on the continent. Located on the Ross Sea, McMurdo Station is Antarctica’s largest station and serves as a “gateway” to Antarctica for U.S. scientific field teams as well as the hub for most of the U.S. scientific activity.

McMurdo Station is the port of entry for most USAP cargo and personnel on the continent and serves as a logistics facility for airborne re-supply of inland stations and for field science projects. It is also the waste management center for much of the USAP. It was originally built by the U.S. Navy in 1955-56 in support of the International Geophysical Year. It is located at sea level and is the point farthest south a ship can sail.

As a gateway or hub, McMurdo needs something very important to operate – fuel! This includes providing fuel to the Pegasus Airfield which is a 14-mile journey through soft hose across the ice shelf. This mission critical task rests with the “fuelies” who are a team of personnel that get the job done with incredible challenges.

In doing so, for nearly 20 years, BullDog Hose has been a key supplier of record for the fuel hose required and deployed. Designed for long life and maintenance-free service in even the harshest environments, BullDog’s Fuel Hose is tough and durable with exceptional resistance to abrasion and cutting and for use on a wide variety of ground conditions. Demonstrated time and time again, even with the extreme exposure found near Antarctica, BullDog’s Fuel Hose has stood the test of time and performed consistently well at McMurdo Station.

To supply Pegasus Airfield, it is estimated that about two million gallons of fuel passes through 14 miles of fuel hose through the course of a summer (ending in February). Then, for proper storage, it’s time to clear the lines and roll up the hose for the winter. This operation is called “pigging”.

Another really big moment for the “fuelies” also happens toward the end of the summer season when a fuel tanker arrives with approximately five million gallons of petrol. It can take nearly three days of around-the-clock operations to unload the ship. As its storage tanks are emptied, progress is measured as the vessel’s hull rises out of the water.

Whatever the environment, wherever the need, BullDog Fuel Hose gets the job done – again and again! For more information visit: Fuel Hose™ – Industrial Hoses